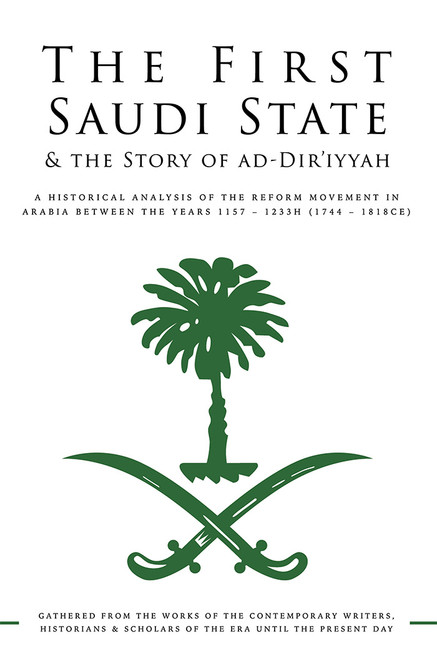 During the mid eighteenth century in the centre of the Arabian Peninsula an eminent scholar faced his final expulsion from yet another town after its Amīr feared reprisal from hostile rulers for having granted him a haven to call to Tawhīd.

Virtually alone and not conceding to despair; he travelled by foot in the mid-day Arabian heat; Shaikh Muḥammad bin ‘Abdil-Wahhāb chose his ultimate destination – wisely. The remarkable events that followed and the aid and victory his call achieved laid the foundations for what would become known as the First Saudi State. The Shaikh; along with the people of his chosen destination were destined for extraordinary achievements, and dominance in ascendancy and governance that had been unparalleled for centuries. Such were the allies he was ordained to have stand by his side; and such were the extraordinary episodes that were to follow and such was the facilitation their call was granted in the face of overwhelming odds, formidable enemies and bitterly antagonistic confederacies – that it leaves no doubt for the one who observes as to the true nature of their call and message.

The legacy and cause of success is encapsulated in the words of the former Muftī of Saudi Arabia, Shaikh ʽAbdul-ʽAzīz bin Bāz, who said:

“Some of the historians of this daʽwah have stated; that the Islamic history subsequent to the era of Prophethood and Rightly Guided Caliphates has not witnessed a complete observance of the Islamic rulings – as has been witnessed by the Arabian Peninsula under the shade of the Saudi State which has aided this daʽwah and has defended it.”

The Funeral Rites ( An Abridgment Of The Rulings & Regulations Pertaining to....) By Shaykh Nasirudeen al-Albani(d.1420H)