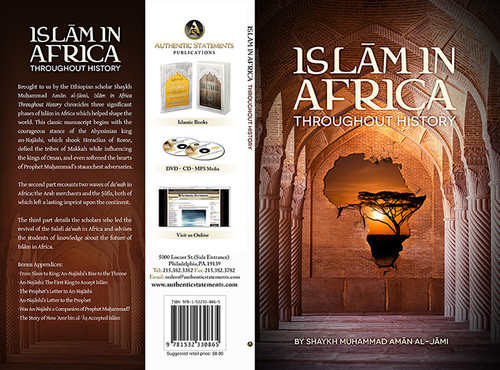 Brought to us by the Ethiopian scholar Shaykh Muḥammad Amān al-Jāmi, Islām in Africa Throughout History chronicles three significant phases of Islām in Africa which helped shape the world. This classic manuscript begins with the courageous stance of the Abyssinian king an-Najāshi, which shook Heraclius of Rome, defied the tribes of Makkah while influencing the kings of Oman, and even softened the hearts of Prophet Muḥammad’s staunchest adversaries.

The second part recounts two waves of da’wah in Africa: the Arab merchants and the Ṣūfis, both of which left a lasting imprint upon the continent.

The third part details the scholars who led the revival of the Salafi da’wah in Africa and advises the students of knowledge about the future of Islām in Africa.

The Blessing Of Islam-Shaykh Al-Uthaymeen