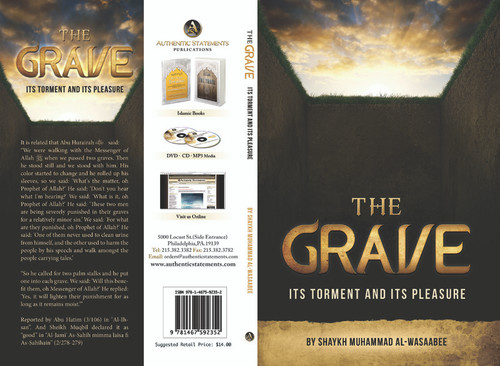 It is related that Abu Hurairah said: "We were walking with the Messenger of Allah (sallallahu alaihi wa sallam) when we passed two graves. Then he stood still and we stood with him. His color started to change and he rolled up his sleeves, so we said: 'What's the matter, oh Prophet of Allah?', he said: 'Don't you hear what I'm hearing?' We said: 'What is it, oh Prophet of Allah?' He said: 'These two men are being severely punished in their graves for a relatively minir sin." We said: 'For what are they punished, oh Prophet of Allah?' He said: 'One of them never used to clean urine from himself, and the other used to harm the people by his speech and walk amongst the people carrying tales.'

So he called for two palm stalks and he put one into each grave. We said: 'Will this benefit them oh Messenger of Allah?' He replied: 'Yes, it will lighten their punishment for as long as it remains moist.'"

Divorce : Its Reasons And Its Cures By Shaykh Jamal Al-Hārithī

Death Of Best Of Mankind By Sulayman Ruhaylee