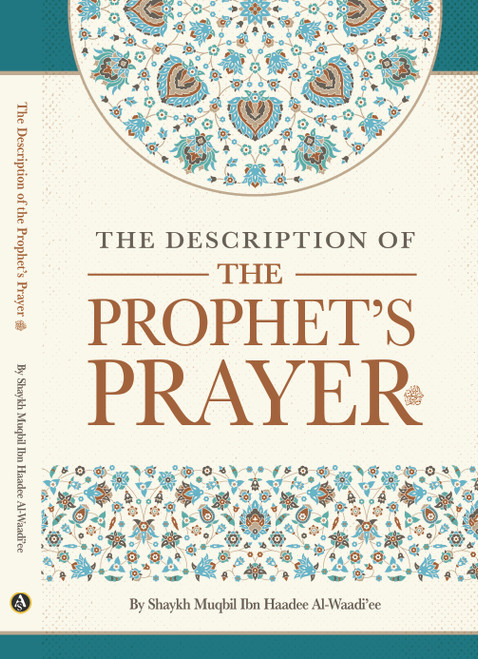 This is the description of the prophet’s prayer by my father and Shaykh Muqbil ibn Hadi Al-Wadi’i, May Allah have mercy upon him, which he taught to the students in Dar Al-Hadith in Dammaj, may Allah return its honor and blessing, in statement and action.

I have taken care, with the help of Allah, and added concise comments, I hope, from my Lord, that He brings about benefit by them as well as the original book.

My Work within the Book is as Follows:

One: I gave concern to the transmissions, and for Allah is the praise; in order that they be far removed from error. We ask our Lord to grant us correctness and to set right our efforts.

Two: I separated the issues by chapter headings in order to differentiate between them.

Three: I arranged some of the topics surrounding the prayer of the prophet ﷺ; that which was previously separated but should have been together under one subject; and I placed it in its appropriate place in order that the sequence of the prayer may be consistent.

Four: I added—within the footnotes—some of the Fiqh positions of our father which we extrapolated from his other lessons, in that which is connected to the topic of the treatise in order to complete the benefit, if Allah wills.

Statements from the Scholars Regarding Clarifying the Callers to the Truth From the Callers to Falsehood by Shaykh Al-Albani,al-Uthaymin,Muqbil ibn haadee,Ahmad al-Najmee & etc....

The Explanation Of The Three Fundamental Principles(Softback) By Shaykh Dr. Saalih Al-Fawzaan