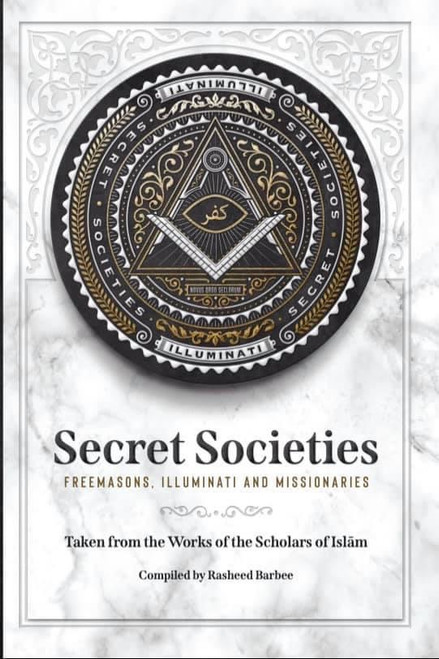 Secret Societies is a collection of writings from the scholars of Islam uncovering the secret underworld of the Freemasons, Illuminati, and Christian missionaries, exposing their conspiracy to establish a New World Order. Their affiliates are covert, their undertakings are cryptic, and their objective is unmistakable.

Illuminati: “We will strengthen the freedom of individual thought with all the powers at our disposal, and we will declare war against the real enemy of man, which is religion.”

Missionaries: Inside one Southern university—one of three schools in the United States with a degree program exclusively devoted to Christianizing Muslims—Christian missionaries are trained to go undercover in the Muslim world and win converts for Jesus. Their stated goal: “To Wipe Out Islam.”

Questions From the West Answered By Salafee Scholars By Moosaa Richardson

Explantion Of The Conditions,Pillars And Obligations Of The Prayer By Shaykhul -Islam Muhammad B..Abdul Wahhab

The Manners & Attributes Of The Prophet Muhammad By Dr. Abdulilah Lahmami

AT-TADHKIRAH (THE REMINDER ABOUT THE CONDITION OF THE DEAD & THE EVENTS OF THE HEREAFTER) BY IMAM AL-QURTUBI(D.671H)

The Dajjal And The Return Of Jesus By Yusuf al-Wabil