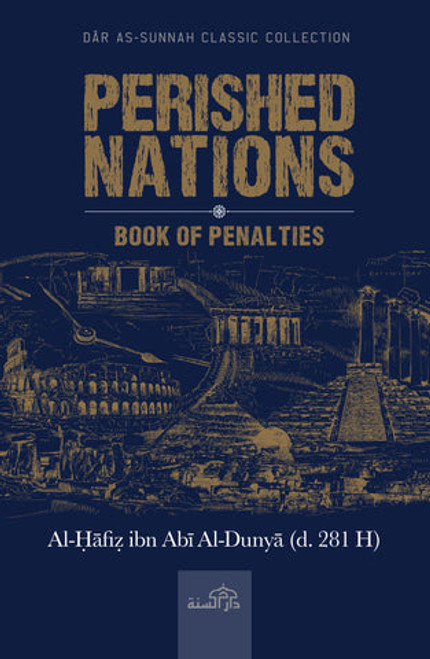 “Perhaps your Lord will have mercy on you if you repent, but if you return to sin, We will return to punishment...” [Al-’Isra, 8]

Whether done in open or secret, sins have consequences. Some of their repercussions on an individual or society manifest in the removal of particular blessings, replaced then with trials and disgrace. When they transgressed against their Lord, belligerent nations came to witness agonising recompense, while those who belittled sins and insisted on committing them further hastened and increased the ferocity of their torment on earth. A Muslim is therefore, always fearful of any wrongdoing he falls into and is swift in turning back to Allah in repentance.

“Many are the towns whose end We delayed while they did wrong, then We seized them. And to Me is the final return.” [Al-Hajj, 48]

Originally compiled by the author over eleven hundred years ago, this book deals with matters relating to sin and its fallout. He selected various Prophetic narrations and sayings of the early Muslims to form the first genre of its kind. With this English rendering of ‘Kitab al-Uqubat’, readers will be able to understand the relationship between actions and events where one is a direct result of the other. They will also recognise remedial measures that diminish the punishment of Allah and return them back into the fold of His safety and grace.

The Final Words Of The Scholars At The Onset Of Death By Al-Hafiz Ibn Zabr Al-Rabi' (d.379h)

The Book Of Tawhid By Imam Muhammad B.Abdil-Wahhab Compiled With Textbook Format By Uways At-Taweel

Leaving Sufism:How I Was Guided To Monotheism And The Straight Path By Shaykh Muhammad Jamil Zeno