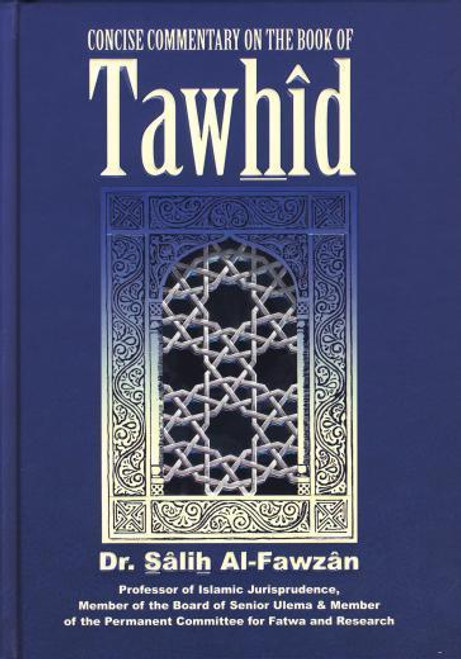 This book gives a clear explanation of the Muslim sound Creed which is the core of the religion of Islam, as the belief in Tawhid (monotheism) is the purpose for which Allah created both mankind and jinn, and thus, those whose belief in Tawhid is corrupt, are not considered Muslims. It is a commentary on the Book of Tawhid written by Sheikh Muhammad Ibn Abdul Wahhab. In this book, Dr. Salih al Fawzan has projected light on doctrinal issues of utmost importance in a genuine and reader-friendly style. This translated version of the book fulfills a long-standing need on the part of English-speaking Muslims for a brief, introductory book in Tawhid. It is a valuable book for novice readers, be they Muslims or non-Muslims, who do not have thorough knowledge of the sound creed, The chapters of this book focus on major issues in Tawhid such as the definition of Tawhid, virtue of Tawhid, warning against acts of shirk (polytheism), the Prophet's Maintenance of monotheism, and other topics. Dr. Salih al Fawzan (born in 1935) has obtained a PhD in Islamic jurisprudence and has a high profile in teaching jurisprudence. He is a member of many academic institutions including the Board of Senior Ulema, the Permanent Committee for Fatwa and Research. He has written more than sixty published works covering Muslim Creed, Islamic jurisprudence and Muslim's conduct.

The explanation of Al-Haa'iyah by Shaykh Saalih al-Fawzaan

A Commentary on Zad al-Mustaqni' By Shaykh Saalih al-Fawzaan