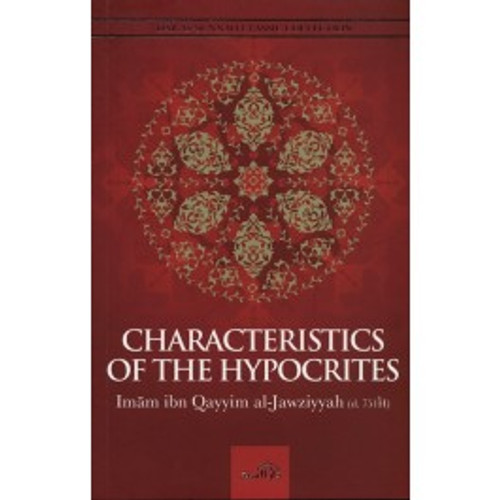 Hypocrisy is a deep rooted and all-pervading spiritual disease. A person’s heart could be overflowing with it yet be oblivious of it due to its hidden and subtle nature; frequently does it lead a person to think they are acting rightly when in reality he is spreading corruption. It is of two types: major and minor; majority hypocrisy leads to eternal punishment in the lowest depths of Hell; it is to outwardly display faith in Allah, His Angles, His Books, His Messengers, and the last Day whereas inwardly one is devoid of such belief, indeed disbelieving in it. They do not believe that Allah spoke to a man amongst men who He appointed to be Messenger: guiding them by His permission and warning them of His punishments.

In the Qur’an, Allah has revealed the intrigues of the hypocrites, He has unveiled their belief, their qualities, and made their goals clear so that the believers can be aware of them. He divided mankind into three groups in the beginning of Surah al-Baqarah: the believer, the disbeliever, and hypocrite. He mentioned four verses concerning the believers, two concerning the disbelievers, and thirteen verses concerning the hypocrites, due to their plenitude and the great harm and tribulation they bring to Islam and the Muslims. The harm they cause to Islam is truly sever for they claim to be Muslims, they claim to aid and support Islam, whereas in reality they are its enemies seeking to destroy it from within, covertly spreading their corruption and ignorance such that the unwary thinks that what they are upon is knowledge and right action.
By Allah! How many strongholds of Islam have they destroyed; how many fortress have they rendered to ruin; how many signposts of Islam have they effected; how many raised flags have they lowered; and how many seeds of doubt have they attempted to sow in order to uproot the religion!

The author, Imam Ibn Qayyim al-Jawziyyah (d. 751H), was one of the most prolific scholars of Islam. He studied under Shaykh al-Islam Ibn Taymiyyah for sixteen years and accompanied him up and till his death; learning a great deal of knowledge from him. He authored over sixty works, covering a multitude of Islamic sciences; his writings are characterised by their touching address to the heart and soul. He was deeply religious and very pious.
×

Paragons Of The Qur'aan By Ibn Qayyim Al-Jawziyyah