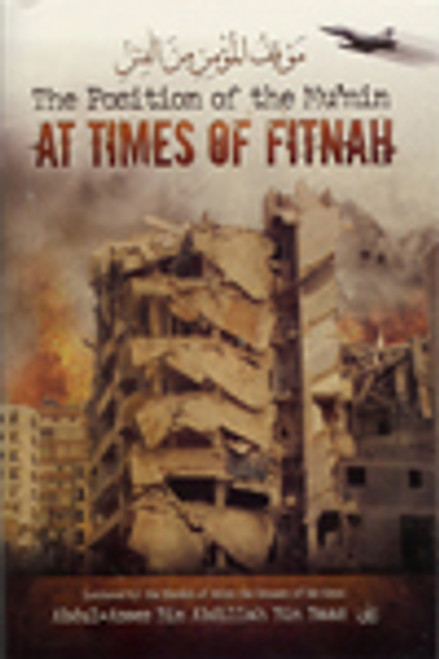 The Number Of Books:1 Lectured by: Shaykh 'Abdul-'Azeez bin Abdillaah bin Baaz (may Allaah have mercy on him) Paperback: 42 Pages
Therefore, it is obligatory upon every individual in the Ummah including mankind and jinn, Arabs and Non-Arabs, men and women to judge by the Book of Allaah and the Sunnah of His Messenger, sallallaahu 'alayhi wa sallam, and to adhere to the methodology of the pious predecessors of the Ummah from amongst the companions of the Prophet, sallallaahu 'alayhi wa sallam, and those who followed their footsteps in the best manner in times of peace and war, and in matters of worship and dealings with one another, and in all matters in which the people disagreed in, pertaining to the names of Allaah and His attributes, and in matters of resurrection and life after death, and in paradise and hell and in every affairs. Likewise, it is also obligatory to implement the judgment of Allaah in the wars that are caused by some people, also preparing for war and who to seek help from in times of war and those whom we can't seek help from.

The Explanation Of The Treatise: The Four Principles Of Shirk By Shaykh Abdul Azeez Bin Baaz

15 Attributes Of Slaves Of The Most Beneficent by Sheikh Dr.Saalih Ibn Sa'd As-Suhaimi